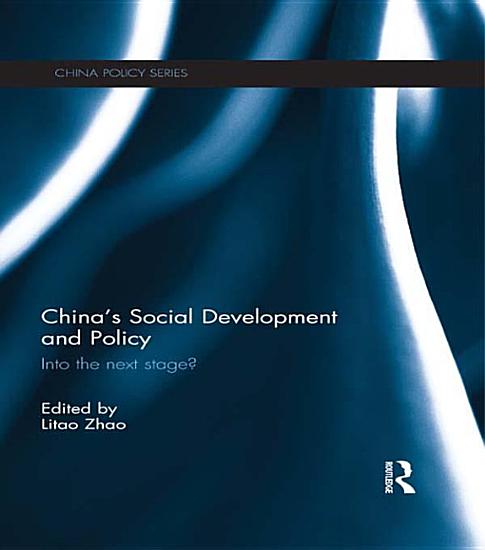 Book Description: In China, social development has fallen far behind economic development. This book looks at why this is the case, and poses the question of whether the conditions, structures and institutions that have locked China into unbalanced development are changing to pave the way for the next stage of development. Based on an empirical examination of ideological, structural and institutional transformations that have shaped China’s development experiences, the book analyses China’s reform and development in the social domain, including pension, healthcare, public housing, ethnic policy, and public expenditure on social programs. The book moves beyond descriptive analyses to understand the role of broader changes in shaping and redefining the pattern of development in China. 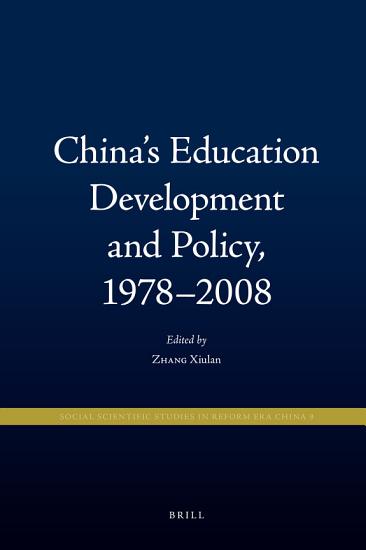 Book Description: China’s Education Development and Policy, 1978-2008 is translated from the original Chinese version and presents the current assessment of the changes to the educational system in China and how those changes have been perceived during the past thirty years. 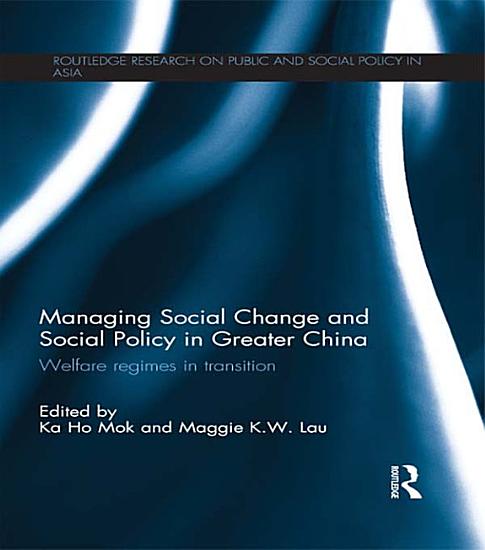 Book Description: East Asia is at the heart of the global economic transformation, and the countries of the region are witnessing rapidly changing labour markets, alongside the pressure to cut production costs and lower taxes in order to become successful ‘competition states’. These changes have resulted in increased welfare demands which governments, organizations and agencies across the region have had to address. This book examines welfare regimes in the Greater China region, encompassing mainland China, Hong Kong, Macao and Taiwan. In so doing, it explores the ways in which the rapid growth and internationalisation of the economy across Greater China is presenting new social policy challenges that governments, social welfare organizations and agencies in the region are having to respond to. Rather than simply describing and categorising welfare systems, the contributors to this volume add to our understanding of how one of the major economic transformations of the contemporary era in East Asia is shaping welfare provision in the region. In turn, in this context of economic change, they examine the new strategies and measures that have been adopted in order to reduce the heavy burden on the state in terms of welfare provision, whilst also attempting to diversify funding and provision sources to meet the pressing welfare needs. Based upon extensive fieldwork by leading scholars of social policy, this book will appeal to students and scholars of Asian social policy, comparative development and social policy, social welfare and Chinese studies. 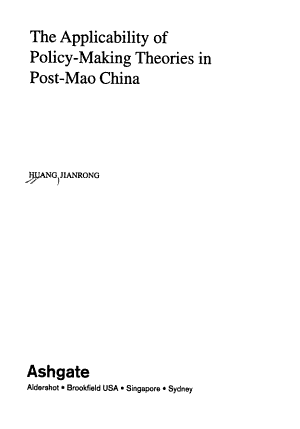 Book Description: This pioneering work provides a systematic analysis of the applicability of a range of policy-making theories and models in post-Mao China. Its main findings are as follows: 1) Although Marxism is still the fundamental guiding thought of China's policy-making, a greater flexibility has been adopted. 2) The twin approaches of incrementalism and pragmatism are the foundation of China's policy-making mechanism, powerfully promoting its successful operation. 3) The rise of a pluralist tendency significantly influences China's policy process, this includes the increasing involvement of the non-CPC (Communist Party of China) or non-government political and social forces. 4) Political elites continue to dominate China's policy-making process and its central role is much more prominent than in other modern countries. 5) Existing institutions are decisive in shaping China's policy making model, by determining the power structure and the power relations within which the policy making actions take place. The book adopts a method that probes the major development, changes and features of post-Mao China through examining the applicability of selected policy making theories and models to the practice of promoting China's Special Economic Zones (SEZ) since 1978. 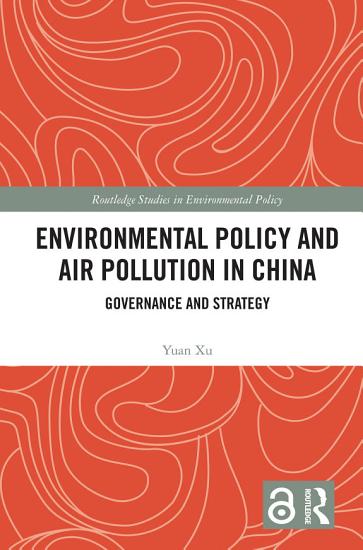 Book Description: This book systematically analyzes how and why China has expectedly lost and then surprisingly gained ground in the quest to solve the complicated environmental problem of air pollution over the past two decades. Yuan Xu shines a light on how China’s sulfur dioxide emissions rose quickly in tandem with rapid economic growth but then dropped to a level not seen for at least four decades. Despite this favorable mitigation outcome, Xu details how this stemmed from a litany of policy stumbles within the Chinese context of no democracy and a lack of sound rule of law. Throughout this book, the author examines China’s environmental governance and strategy and how they shape environmental policy. The chapters weave together a goal-centered governance model that China has adopted of centralized goal setting, decentralized goal attainment, decentralized policy making and implementation. Xu concludes that this model provides compelling evidence that China’s worst environmental years reside in the past. This book will be of great interest to students and scholars of Chinese environmental policy and governance, air pollution, climate change and sustainable development, as well as practitioners and policy makers working in these fields. 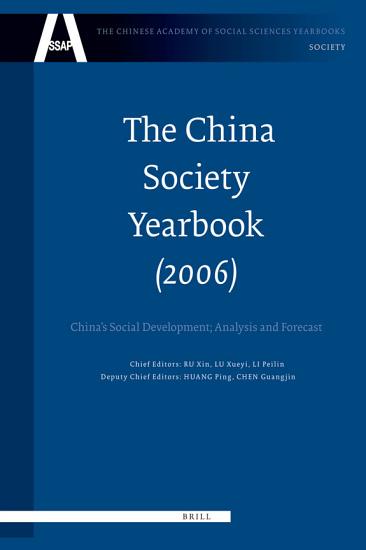 Book Description: The China Society Yearbook (2006) provides analysis of and commentary on social issues in contemporary China, broken down into chapters on different aspects of China’s social development, including change in social structure, population growth, employment, standard of living and education. 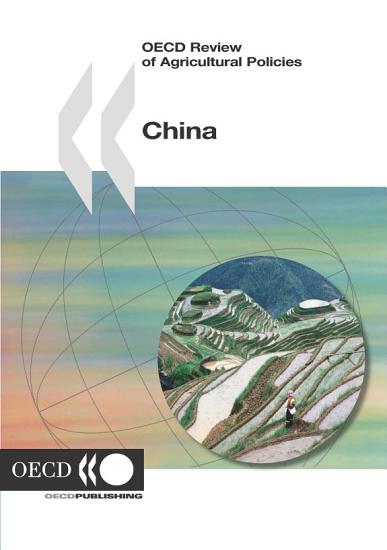 Book Description: This book presents a comprehensive overview and assessment of China's agricultural policies combined with OECD estimates of the level of support provided to the Chinese farm sector. 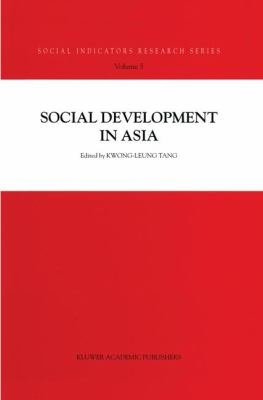 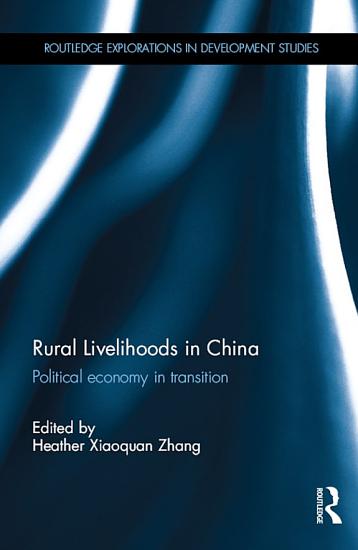 Book Description: In recent decades, China has undergone rapid economic growth, industrialisation and urbanisation concomitant with deep and extensive structural and social change, profoundly reshaping the country’s development landscape and urban-rural relationships. This book applies livelihoods approaches to deepen our understanding of the changes and continuities related to rural livelihoods within the wider context of political economy of development in post-socialist China, bridging the urban and rural scenarios and probing the local, national and global dynamics that have impacted on livelihood, in particular its mobility, security and sustainability. Presenting theoretically informed and empirically grounded research by leading scholars from across the world, this book offers multidisciplinary perspectives on issues central to rural livelihoods, development, welfare and well-being. It documents and analyses the processes and consequences of change, focusing on social protection of mobile livelihoods, particularly rural migrants’ citizenship rights in the city, and the environmental, social and political aspects of sustainability in the countryside. This book contributes to the current scholarly and policy debates, and is among the first attempts to critically reflect on China’s market transition and the associated pathways to change. It will be of interest to students in international development studies, China studies, social policy, public health, political science, and environmental studies at undergraduate and postgraduate levels, as well as academics, policy makers and practitioners who are concerned with China’s human and social development in general, and agriculture and rural livelihoods in particular. 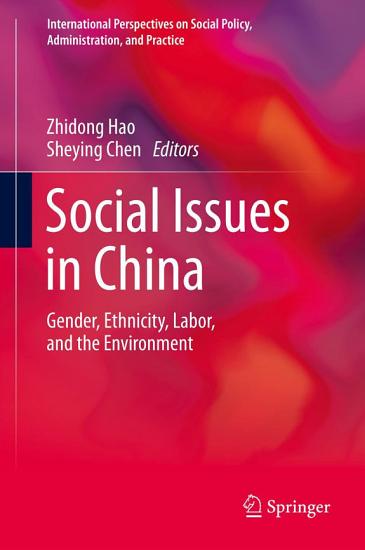 Book Description: Since 1978, the opening up and reform in China has brought tremendous economic and social changes. While China’s economic progress has been commendable, the social problems that go with economic changes have raised serious concerns. Some of those concerns are related to gender, ethnic, labor, and environmental issues. This book is about what has happened in these arenas in China since the opening up and reform in 1978. The study of gender, ethnicity, labor, and environment touches on some of the fundamental problems of modernization, especially the development of individuals and groups. So even though gender, ethnicity, labor, and environment seem to be separate issues, they are in fact related in some fundamental ways. That’s what this book will explore as well. To understand is one thing and to do is another. This book also incorporates studies of NGO practices to see how NGOs have helped in transforming gender, ethnic, labor, and environment interplay. Our study of NGOs in helping improve such interplay sheds light on how specifically civil society can prod the state to transform social relations for the better. This book is an attempt to assess the changes, both positive and negative, in gender, ethnic, ethnic, and environmental relations in China especially in the past 30 years of opening up and reform, especially regarding national identity formation. ​