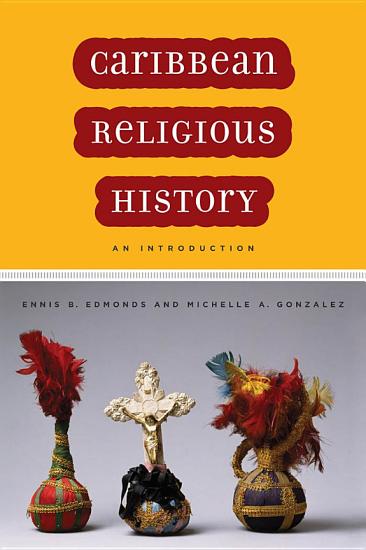 Book Description: The colonial history of the Caribbean created a context in which many religions, from indigenous to African-based to Christian, intermingled with one another, creating a rich diversity of religious life. Caribbean Religious History offers the first comprehensive religious history of the region. Ennis B. Edmonds and Michelle A. Gonzalez begin their exploration with the religious traditions of the Amerindians who flourished prior to contact with European colonizers, then detail the transplantation of Catholic and Protestant Christianity and their centuries of struggles to become integral to the Caribbean’s religious ethos, and trace the twentieth century penetration of American Evangelical Christianity, particularly in its Pentecostal and Holiness iterations. Caribbean Religious History also illuminates the influence of Africans and their descendants on the shaping of such religious traditions as Vodou, Santeria, Revival Zion, Spiritual Baptists, and Rastafari, and the success of Indian indentured laborers and their descendants in reconstituting Hindu and Islamic practices in their new environment. Paying careful attention to the region’s social and political history, Edmonds and Gonzalez present a one-volume panoramic introduction to this religiously vibrant part of the world. 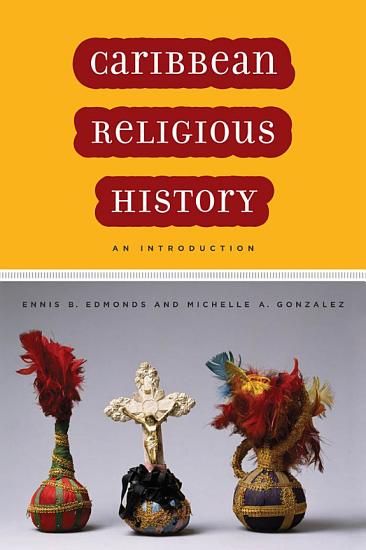 Book Description: A police trooper inspects a car during a routine traffic stop and finds a vast cache of weapons, complete with automatic rifles, thousands of rounds of ammunition, and black ski masks-a veritable bank robber's kit. Should the men in the car be charged? If so, with what? A son neglects to care for his elderly mother, whose emaciated form is discovered shortly before she dies a painful death. Is the son's neglect punishable, and if so how? A career con man writes one bad check too many and is sentenced to life in prison-for a check in the amount of $129.75. Is this just? A thief steals a backpack, only to find it contains a terrorist bomb. He alerts the police and saves lives, transforming himself from petty criminal to national hero. These are just a few of the many provocative cases that Paul Robinson presents and unravels in Would You Convict? Judging crimes and meting out punishment has long been an informal national pasttime. High-profile crimes or particularly brutal ones invariably prompt endless debate, in newspapers, on television, in coffee shops, and on front porches. Our very nature inclines us to be armchair judges, freely waving our metaphorical gavels and opining as to the innocence or guilt-and suitable punishment-of alleged criminals. Confronting this impulse, Paul Robinson here presents a series of unusual episodes that not only challenged the law, but that defy a facile or knee-jerk verdict. Narrating the facts in compelling, but detached detail, Robinson invites readers to sentence the transgressor (or not), before revealing the final outcome of the case. The cases described in Would You Convict? engage, shock, even repel. Without a doubt, they will challenge you and your belief system. And the way in which juries and judges have resolved them will almost certainly surprise you. 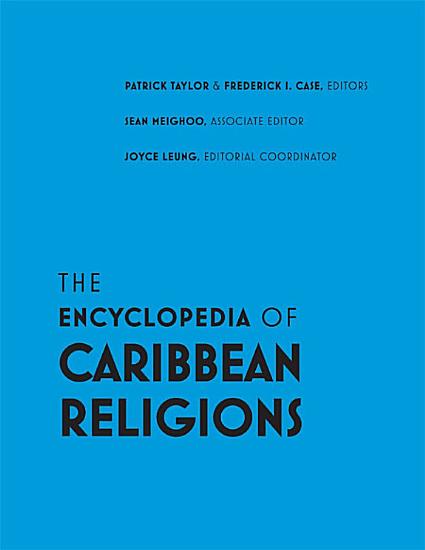 Book Description: The Encyclopedia of Caribbean Religions is the definitive reference for Caribbean religious phenomena from a Caribbean perspective. Generously illustrated, this landmark project combines the breadth of a comparative approach to religion with the depth of understanding of Caribbean spirituality as an ever-changing and varied historical phenomenon. Organized alphabetically, entries examine how Caribbean religious experiences have been shaped by and have responded to the processes of colonialism and the challenges of the postcolonial world. Systematically organized by theme and area, the encyclopedia considers religious traditions such as Vodou, Rastafari, Sunni Islam, Sanatan Dharma, Judaism, and the Roman Catholic and Seventh-day Adventist churches. Detailed subentries present topics such as religious rituals, beliefs, practices, specific historical developments, geographical differences, and gender roles within major traditions. Also included are entries that address the religious dimensions of geographical territories that make up the Caribbean. Representing the culmination of more than a decade of work by the associates of the Caribbean Religions Project, The Encyclopedia of Caribbean Religions will foster a greater understanding of the role of religion in Caribbean life and society, in the Caribbean diaspora, and in wider national and transnational spaces. 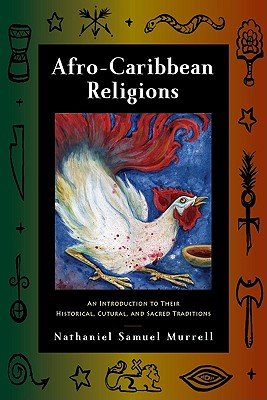 Book Description: Religion is one of the most important elements of Afro-Caribbean culture linking its people to their African past, from Haitian Vodou and Cuban Santeria—popular religions that have often been demonized in popular culture—to Rastafari in Jamaica and Orisha-Shango of Trinidad and Tobago. In Afro-Caribbean Religions, Nathaniel Samuel Murrell provides a comprehensive study that respectfully traces the social, historical, and political contexts of these religions. And, because Brazil has the largest African population in the world outside of Africa, and has historic ties to the Caribbean, Murrell includes a section on Candomble, Umbanda, Xango, and Batique. This accessibly written introduction to Afro-Caribbean religions examines the cultural traditions and transformations of all of the African-derived religions of the Caribbean along with their cosmology, beliefs, cultic structures, and ritual practices. Ideal for classroom use, Afro-Caribbean Religions also includes a glossary defining unfamiliar terms and identifying key figures. 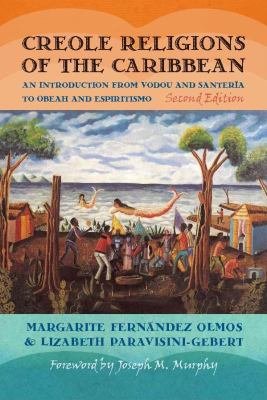 Book Description: CreolizationOCothe coming together of diverse beliefs and practices to form new beliefs and practicesOCois one of the most significant phenomena in Caribbean religious history. Brought together in the crucible of the sugar plantation, Caribbean peoples drew on the variants of Christianity brought by European colonizers, as well as on African religious and healing traditions and the remnants of Amerindian practices, to fashion new systems of belief. Creole Religions of the Caribbean offers a comprehensive introduction to the syncretic religions that have developed in the region. From Vodou, Santer a, Regla de Palo, the Abakui Secret Society, and Obeah to Quimbois and Espiritismo, the volume traces the historicalOCocultural origins of the major Creole religions, as well as the newer traditions such as Pocomania and Rastafarianism. This second edition updates the scholarship on the religions themselves and also expands the regional considerations of the Diaspora to the U. S. Latino community who are influenced by Creole spiritual practices. Fernindez Olmos and ParavisiniOCoGebert also take into account the increased significance of material cultureOCoart, music, literatureOCoand healing practices influenced by Creole religions. In the Religion, Race, and Ethnicity series" 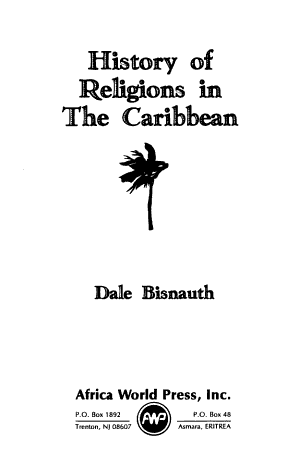 Book Description: This is an essential book for all who are interested in the history of religions 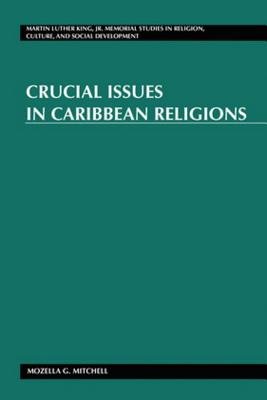 Book Description: Crucial Issues in Caribbean Religions concentrates on the effects of intersections in the Caribbean of major world religions such as Christianity (both Catholicism and Protestantism), Judaism, Islam, and Hinduism, with indigenous religions such as Caribs and Arawaks, and African-derived religions such as Lucumi (Yoruba/Santeria/Regla de Ocha), Regla de Palo, Vodun, Obeah, Rastafari, Orisa, or Shango in Trinidad. Closely examined are the social and economic problems and issues of exile, slavery, oppression, racism, sexism, ethnocentrism, cultural dominance, religious diversity, syncretism, popular religiosity, religious and spiritual imperialism, continuity and change, survival techniques in the face of attempts at eradication by religious powers, interreligious dialogue, and the quest for universal spirituality. 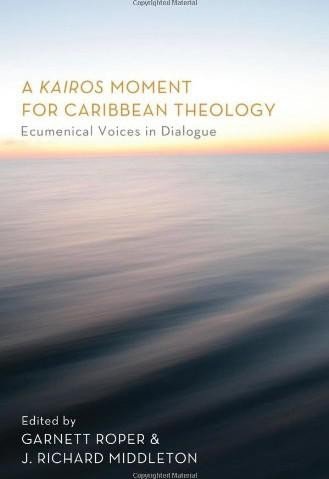 Book Description: The project of developing a contextual theology for the Caribbean was first articulated in the early 1970s in Trinidad and Jamaica. In the years since, many evangelical churches and theologians in the Caribbean have been ambivalent about the validity of this project, assuming that an emphasis on context was somehow antithetical to the pure gospel. But the crisis of the times, along with a more mature hermeneutic, has led to a re-evaluation of this assumption. Here a group of evangelical Caribbean theologians enter the discussion, with substantive proposals for how the gospel addresses the Caribbean context. They are joined by other theologians from mainline Protestant and Catholic traditions in the Caribbean. The result is an ecumenical dialogue on the diverse ways in which orthodox Christian faith may provide both challenge and hope for the Caribbean context. Half the essays in this volume were originally presented at the Forum on Caribbean Theology held in 2010 at the Jamaica Theological Seminary; the rest were invited especially for this volume. 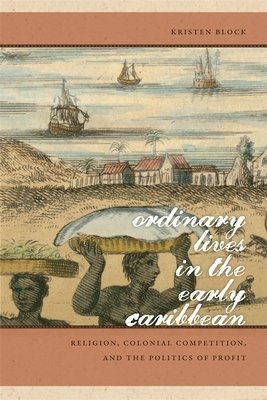 Book Description: Kristen Block examines the entangled histories of Spain and England in the Caribbean during the long seventeenth century, focusing on colonialism's two main goals: the search for profit and the call to Christian dominance. Using the stories of ordinary people, Block illustrates how engaging with the powerful rhetoric and rituals of Christianity was central to survival. Isobel Criolla was a runaway slave in Cartagena who successfully lobbied the Spanish governor not to return her to an abusive mistress. Nicolas Burundel was a French Calvinist who served as henchman to the Spanish governor of Jamaica before his arrest by the Inquisition for heresy. Henry Whistler was an English sailor sent to the Caribbean under Oliver Cromwell's plan for holy war against Catholic Spain. Yaff and Nell were slaves who served a Quaker plantation owner, Lewis Morris, in Barbados. Seen from their on-the-ground perspective, the development of modern capitalism, race, and Christianity emerges as a story of negotiation, contingency, humanity, and the quest for community. Ordinary Lives in the Early Caribbean works in both a comparative and an integrative Atlantic world frame, drawing on archival sources from Spain, England, Barbados, Colombia, and the United States. It pushes the boundaries of how historians read silences in the archive, asking difficult questions about how self-censorship, anxiety, and shame have shaped the historical record. The book also encourages readers to expand their concept of religious history beyond a focus on theology, ideals, and pious exemplars to examine the communal efforts of pirates, smugglers, slaves, and adventurers who together shaped the Caribbean's emerging moral economy.