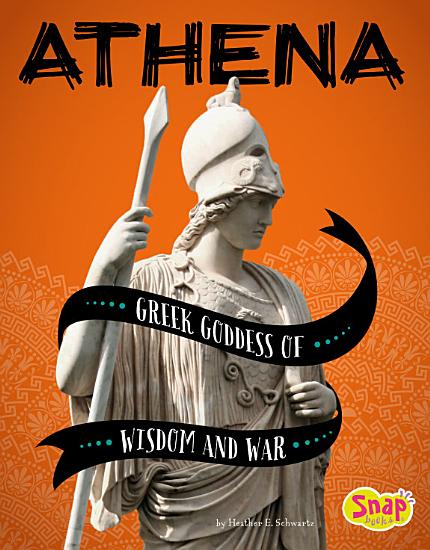 Book Description: The story of Greek mythology's goddess of wisdom and war lives on in empowering, high-interest narrative text. Core legends journey through Athena's fierce and clever achievements from the Trojan war to her contest with Poseidon. Her use of brains over brawn fosters both war victories and cultural advancements. Fascinating myths also uncover Athena's past, detailing her creation and how she fits into the family of deities. Further explore Athena's role in Greek culture through her signature powers, weapons, and attire. Additional facts and historical information connect the goddess's influence through popular culture today. 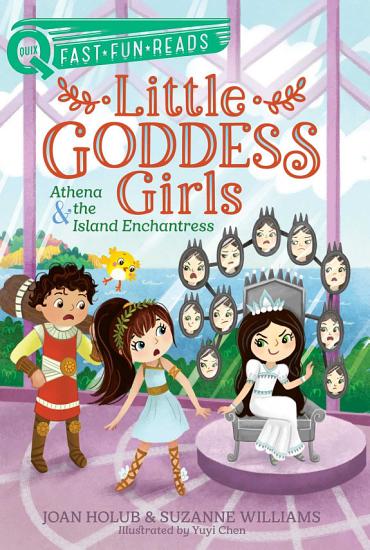 Book Description: Join little Athena for a sweet adventure in this fifth Little Goddess Girls story—part of the Aladdin QUIX line! After sparkly adventures on Mount Olympus, Athena is called back to help a boy named Hercules. They have been asked by Hestia to rescue the rightful queen of a magical island, who has been captured by the evil King Hephaestus. The key seems to be a mysterious enchantress named Circe—but Athena and Hercules aren’t sure if she’s a friend or foe! With the help of her fellow little goddess girls, can Athena help save the queen? 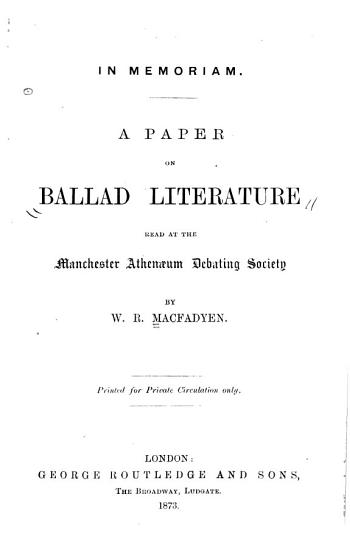 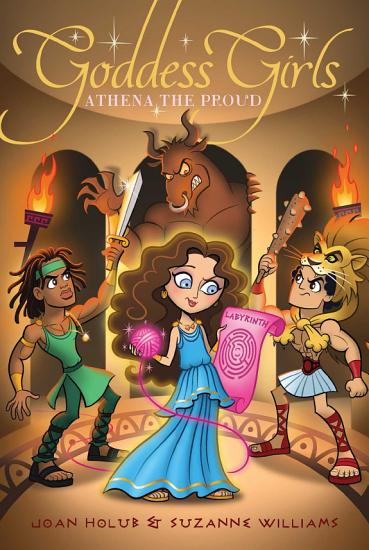 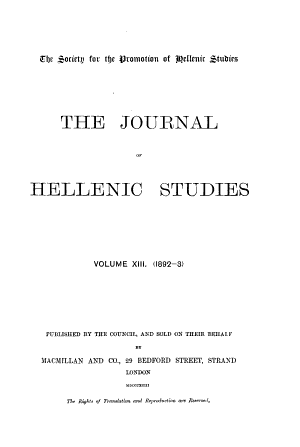 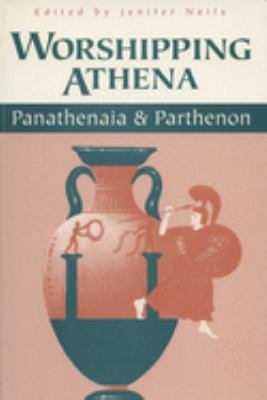 Book Description: The foremost religious festival of ancient Athens—the city dedicated to Athena, goddess of war, fertility, arts, and wisdom—was the Panathenaia. Challenging old assumptions and refuting new theories, Worshipping Athena addresses the many problems of interpretation and understanding that have swirled for years around the Panathenaia. Among the issues discussed is the recent sensational controversy over the Parthenon frieze, perhaps the best known but least understood work of Greek art. For centuries the frieze has been thought to represent the Panathenaia procession, but recently the argument has been advanced that it depicts the sacrifice of the daughters of the Athenian king Erechtheus. Worshipping Athena offers compelling evidence that the frieze does indeed depict the festal procession and also demonstrates that scenes of contemporary ritual were not unique to the Parthenon. Editor Jenifer Neils and the contributors—eminent classicists, archaeologists, and art historians—explore the role of the Panathenaia in Athenian life and compare it with similar festivals held throughout the ancient Greek world. They discuss such topics as the Panathenaia’s mythical origins, the phenomenon of the festival’s valuable prizes (oil-filled amphoras, rather than the customary laurel wreath), and the architecture, sculpture, and painting related to the festival. Worshipping Athena will provide valuable insights to scholars and students concerned with ancient religion, mythology, art, literature, and gender issues, as well as anyone with a keen interest in the ritual topography of the Athenian Acropolis and the iconography of the Parthenon frieze. 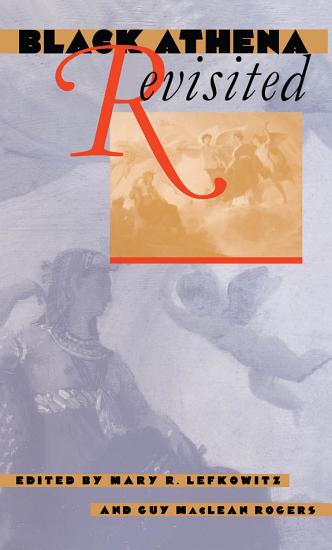 Book Description: Was Western civilization founded by ancient Egyptians and Phoenicians? Can the ancient Egyptians usefully be called black? Did the ancient Greeks borrow religion, science, and philosophy from the Egyptians and Phoenicians? Have scholars ignored the Afroasiatic roots of Western civilization as a result of racism and anti-Semitism? In this collection of twenty essays, leading scholars in a broad range of disciplines confront the claims made by Martin Bernal in Black Athena: The Afroasiatic Roots of Classical Civilization. In that work, Bernal proposed a radical reinterpretation of the roots of classical civilization, contending that ancient Greek culture derived from Egypt and Phoenicia and that European scholars have been biased against the notion of Egyptian and Phoenician influence on Western civilization. The contributors to this volume argue that Bernal's claims are exaggerated and in many cases unjustified. Topics covered include race and physical anthropology; the question of an Egyptian invasion of Greece; the origins of Greek language, philosophy, and science; and racism and anti-Semitism in classical scholarship. In the conclusion to the volume, the editors propose an entirely new scholarly framework for understanding the relationship between the cultures of the ancient Near East and Greece and the origins of Western civilization. The contributors are: John Baines, professor of Egyptology, University of Oxford Kathryn A. Bard, assistant professor of archaeology, Boston University C. Loring Brace, professor of anthropology and curator of biological anthropology in the Museum of Anthropology, University of Michigan John E. Coleman, professor of classics, Cornell University Edith Hall, lecturer in classics, University of Reading, England Jay H. Jasanoff, Jacob Gould Schurman Professor of Linguistics, Cornell University Richard Jenkyns, fellow and tutor, Lady Margaret Hall, Oxford, and university lecturer in classics, University of Oxford Mary R. Lefkowitz, Andrew W. Mellon Professor in the Humanities, Wellesley College Mario Liverani, professor of ancient near eastern history, Universita di Roma, 'La Sapienza' Sarah P. Morris, professor of classics, University of California at Los Angeles Robert E. Norton, associate professor of German, Vassar College Alan Nussbaum, associate professor of classics, Cornell University David O'Connor, professor of Egyptology and curator in charge of the Egyptian section of the University Museum, University of Pennsylvania Robert Palter, Dana Professor Emeritus of the History of Science, Trinity College, Connecticut Guy MacLean Rogers, associate professor of Greek and Latin and history, Wellesley College Frank M. Snowden, Jr., professor of classics emeritus, Howard University Lawrence A. Tritle, associate professor of history, Loyola Marymount University Emily T. Vermeule, Samuel E. Zemurray, Jr., and Doris Zemurray Stone-Radcliffe Professor Emerita, Harvard University Frank J. Yurco, Egyptologist, Field Museum of Natural History and the University of Chicago 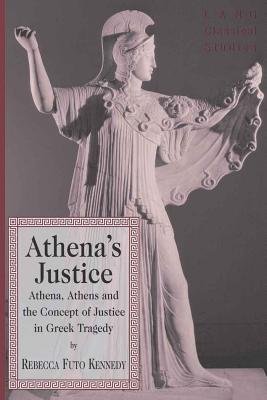 Book Description: Athena is recognized as an allegory or representative of Athens in most Athenian public art except in tragedy. Perhaps this is because tragedy is rarely studied as a public art form or, perhaps, because her character is not static in tragedy. Although Athena's characterization changes to fit the needs of a particular drama, her clear connection with justice remains true throughout and suggests that she is always the representative of the city and its institutions. Athens, the city Athena protected, experienced a dramatic transformation in the fifth century: its political institutions, physical landscape, military power and international prestige underwent dynamic change. Athena, its goddess and its symbol, simultaneously transformed as well, although not always for the better. Athena's Justice follows the question of civic identity and ideology in Athenian tragedy, focusing specifically on the link between tragedy and its influence upon identity creation and promotion during the period when Athens was asserting itself as an imperial power. Through examination of tragedies in which Athena appears, this book traces the process by which Athens came to identify itself with its legal system, symbolized by Athena on stage, and then suffered the corruption of that system by the exercise of imperial power. Athena's Justice is essential reading not just for classicists and ancient historians, but for anyone interested in the interaction between art and politics and the process by which human beings in any period seek to shape their identity as a people. 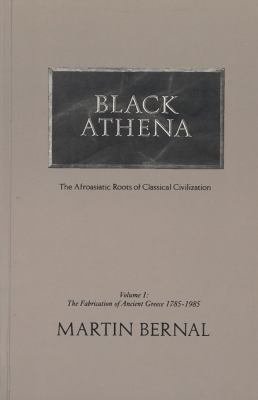 Book Description: What is classical about Classical civilization? In one of the most audacious works of scholarship ever written, Martin Bernal challenges the whole basis of our thinking about this question. Classical civilization, he argues, has deep roots in Afroasiatic cultures. But these Afroasiatic influences have been systematically ignored, denied or suppressed since the eighteenth century - chiefly for racist reasons. Volume II is concerned with the archaeological and documentary evidence for contacts between Egypt and the Levant on the one hand and the Aegean on the other, during the Bronze Age from c. 3400 B.C. to c. 1100 B.C.