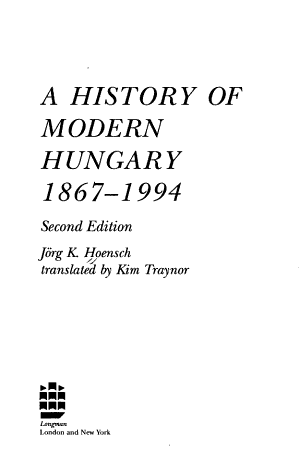 Book Description: Covers Hungarian experiences up to the elections of May 1994. 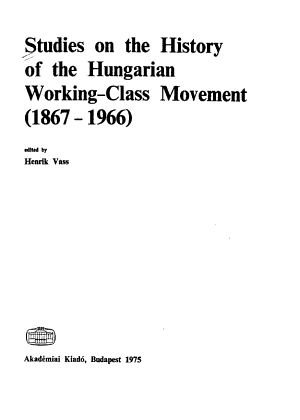 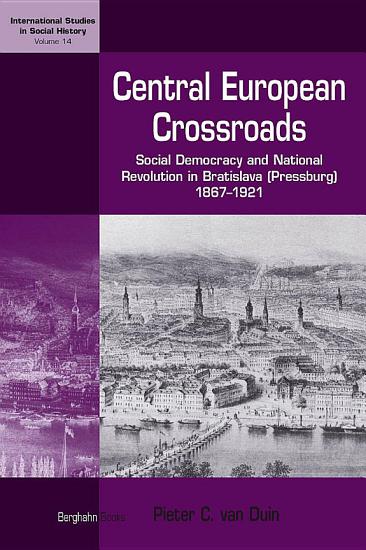 Book Description: During the four decades of the communist regime in Czechoslovakia a vast literature on working-class movements has been produced but it has hardly any value for today's scholarship. This remarkable study reopens the field. Based on Czech, Slovak, German and other sources, it focuses on the history of the multi-ethnic social democratic labor movement in Slovakia's capital Bratislava during the period 1867-1921, and on the process of national revolution during the years 1918–19 in particular. The study places the historic change of the former Pressburg into the modern Bratislava in the broader context of the development of multinational pre-1918 Hungary, the evolution of social, ethnic, and political relations in multi-ethnic Pressburg (a 'tri-national' city of Germans, Magyars, and Slovaks), and the development of the multinational labor movement in Hungary and the Habsburg Empire as a whole. 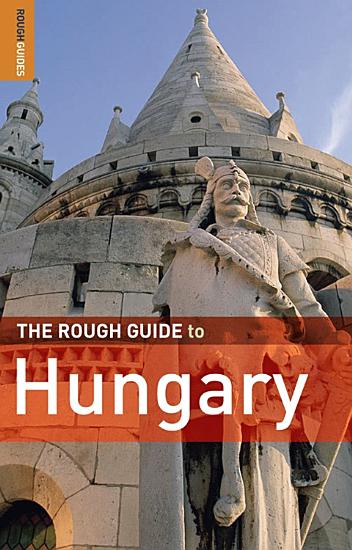 Book Description: The Rough Guide to Hungary is the definitive guide to this beautiful land-locked nation, with clear maps and detailed coverage of all the best attractions from the thickly forested Northern Uplands and The Great Plain to the spectacular Lake Balaton and hip capital city, Budapest. You'll find introductory sections on Hungarian customs, health, food, drink and outdoor activities as well as Hungarian wine and extraordinary concentration of thermal bars, all inspired by dozens of colour photos. The Rough Guide to Hungary is loaded with practical information on getting there and around, plus reviews of the best hotels, restaurants, bars and shopping in Hungary for all budgets. Rely on expert background information on everything from Hungarian folk music to Habsburg rule whilst relying on a useful language section and the clearest maps of any guide. Make the most of your holiday with The Rough Guide to Hungary 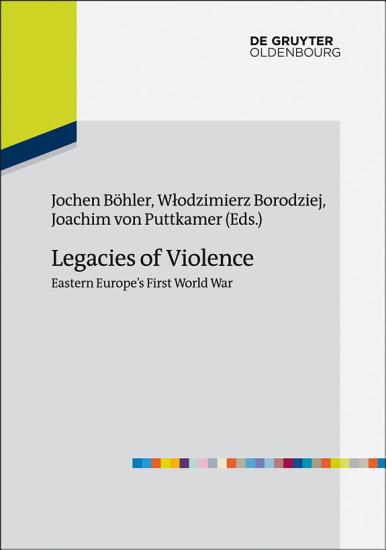 Book Description: The First World War began in the Balkans, and it was fought as fiercely in the East as it was in the West. Fighting persisted in the East for almost a decade, radically transforming the political and social order of the entire continent. The specifics of the Eastern war such as mass deportations, ethnic cleansing, and the radicalization of military, paramilitary and revolutionary violence have only recently become the focus of historical research. This volume situates the ‘Long First World War’ on the Eastern Front (1912–1923) in the hundred years from the mid-19th to the mid-20th century and explores the legacies of violence within this context. Content Jochen Böhler/Włodzimierz Borodziej/Joachim von Puttkamer: Introduction I. A World in Transition Joachim von Puttkamer: Collapse and Restoration. Politics and the Strains of War in Eastern Europe Mark Biondich: Eastern Borderlands and Prospective Shatter Zones. Identity and Conflict in East Central and Southeastern Europe on the Eve of the First World War Jochen Böhler: Generals and Warlords, Revolutionaries and Nation-State Builders. The First World War and its Aftermath in Central and Eastern Europe II. Occupation Jonathan E. Gumz: Losing Control. The Norm of Occupation in Eastern Europe during the First World War Stephan Lehnstaedt: Fluctuating between ‘Utilisation’ and Exploitation. Occupied East Central Europe during the First World War Robert L. Nelson: Utopias of Open Space. Forced Population Transfer Fantasies during the First World War III. Radicalization Maciej Górny: War on Paper? Physical Anthropology in the Service of States and Nations Piotr J. Wróbel: Foreshadowing the Holocaust. The Wars of 1914–1921 and Anti-Jewish Violence in Central and Eastern Europe Robert Gerwarth: Fighting the Red Beast. Counter-Revolutionary Violence in the Defeated States of Central Europe IV. Aftermath Julia Eichenberg: Consent, Coercion and Endurance in Eastern Europe. Poland and the Fluidity of War Experiences Philipp Ther: Pre-negotiated Violence. Ethnic Cleansing in the ‘Long’ First World War Dietrich Beyrau: The Long Shadow of the Revolution. Violence in War and Peace in the Soviet Union Commentary Jörn Leonhard: Legacies of Violence: Eastern Europe’s First World War – A Commentary from a Comparative Perspective 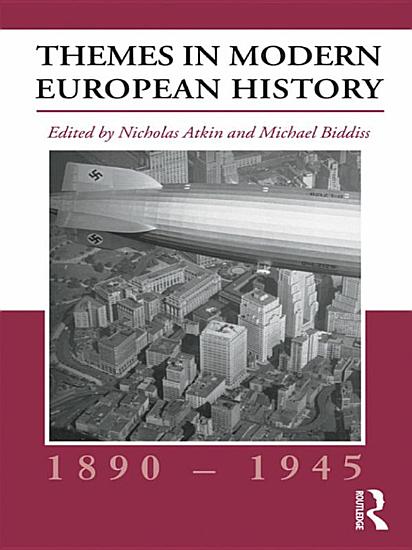 Book Description: Themes in Modern European History, 1890–1945 brings together an international team of scholars to address an eclectic range of developments and issues in European history in the period between 1890 and the end of the Second World War. This lively collection of essays adopts a thematic approach, in order to explore comprehensively a period of great change and upheaval in Europe. Concentrating on the main powers in Europe, from Germany, Italy and Russia, to the UK and France, the book links together developments in society, the economy, politics and culture, and establishes them in their political framework. Specially commissioned chapters discuss key issues such as: popular culture the relationship between East and West intellectual and cultural trends the origins and impact of two world wars communism, dictatorship and liberal democracy the relationship of Europe with the wider world. Including a chronology, maps and a glossary, as well as suggestions for further reading, this comprehensive volume is an invaluable and authoritative resource for students of modern European history. 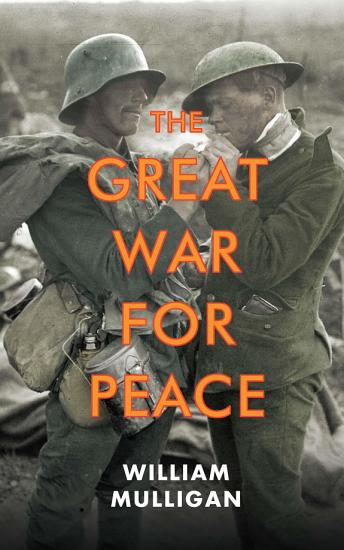 Book Description: Offers an assessment of the first two decades of the twentieth century, and especially the First World War, that argues that these years played an essential part in the creation of a peaceful global order. 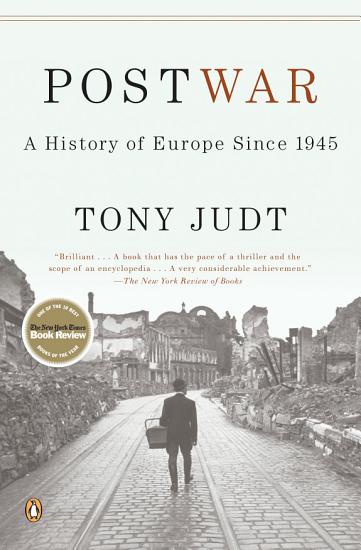 Book Description: Finalist for the Pulitzer Prize Winner of the Council on Foreign Relations Arthur Ross Book Award One of the New York Times' Ten Best Books of the Year Almost a decade in the making, this much-anticipated grand history of postwar Europe from one of the world's most esteemed historians and intellectuals is a singular achievement. Postwar is the first modern history that covers all of Europe, both east and west, drawing on research in six languages to sweep readers through thirty-four nations and sixty years of political and cultural change-all in one integrated, enthralling narrative. Both intellectually ambitious and compelling to read, thrilling in its scope and delightful in its small details, Postwar is a rare joy. 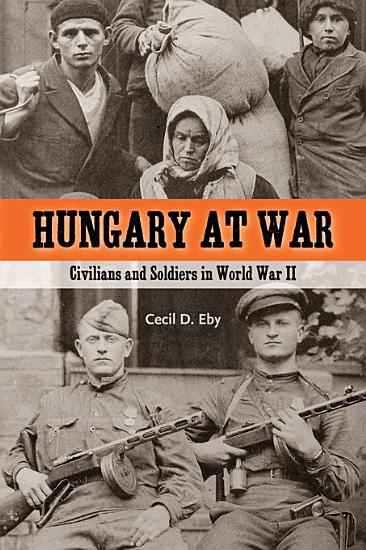 Book Description: In Hungary at War, Cecil Eby has compiled a historical chronicle of Hungary&’s wartime experiences based on interviews with nearly one hundred people who lived through those years. Here are officers and common soldiers, Jewish survivors of Auschwitz and Bergen-Belsen concentration camps, pilots of the Royal Hungarian Air Force, Hungarian prisoners of war in Russian labor camps, and a host of others. We meet the apologists for the Horthy regime installed by Hitler and the activists who sought to overthrow it, and we relive the Red Army&’s siege of Budapest during the harsh winter of 1944&–45 through the memories of ordinary citizens trapped there. Most of the accounts shared here have never been told to anyone outside the subjects&’ families. We learn of a woman, Ilona Jo&ó, who survived in a cellar while German and Russian armies used her house and garden as a battleground, and of the remarkable Mer&ényi sisters, who trekked home to Budapest after being freed from Bergen-Belsen. Eby has also included a rare interview with a former member of the Arrow Cross, Hungary&’s fascist party, that sheds new light on its leadership. From these personal accounts, Eby draws readers into the larger themes of the tragedy of war and the consequences of individual actions in moments of crisis. Skillfully integrating oral testimony with historical exposition, Hungary at War reveals the knot of ideological, economic, and ethnic attachments that entangled the lives of so many Hungarians. The result is an absorbing narrative that is a fitting testament to a nation buffeted by external forces beyond its capacity to control. 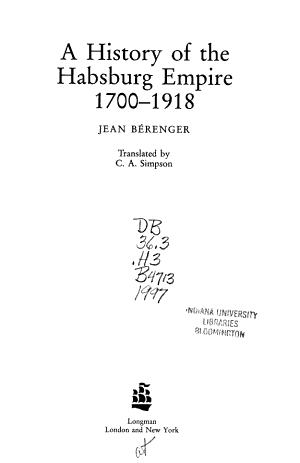 Book Description: This is the first part of a two-volume history of the Habsburg Empire from its medieval origins to its dismemberment in the First World War. The second part, on the Habsburg Empire from 1700 to 1918, is now in preparation. The present volume, which is self-contained, meets a long-felt need for a systematic survey in English of the Habsburgs and their lands in the late medieval and early modern period. While it is primarily concerned with the lands and peoples of central and northern Europe who had been brought under the personal rule of the Habsburg dynasty by the end of the Middle Ages - most notably the Austrians, Germans, Czechs and Hungarians - the history of the Spanish Habsburgs in Spain and the Netherlands is also covered in sufficient detail to show the reader how the fortunes of the Austrian and Spanish branches of the family were interlinked. The family history of the Habsburgs themselves is skillfully interwoven with the processes of state formation. Much biographical detail of the dominant personalities of the dynasty emerges from the narrative; and though the treatment is primarily political, there are extended discussions of economic developments, social change, and major cultural movements. Because the Habsburg Empire was, and remained, dynastic and diverse rather than national and centralised, it covered a huge range of different peoples, cultures, constitutions and separate histories. Few historians have had the breadth of knowledge - or the courage - to attempt a single systematic survey of its development and its fortunes. Yet the Habsburgs were the great superpower of Central Europe for five centuries until our own, and, in the period covered by the present volume, much more even than that - as rulers also of Spain and the Netherlands, and with the headship of the Holy Roman Empire itself as a de facto family possession. The size of the task is thus itself an indication of the size of the gap that Professor Berenger's first volume now fills. Clear, balanced, authoritative and accessible, it is a remarkable feat of synthesis and exposition.